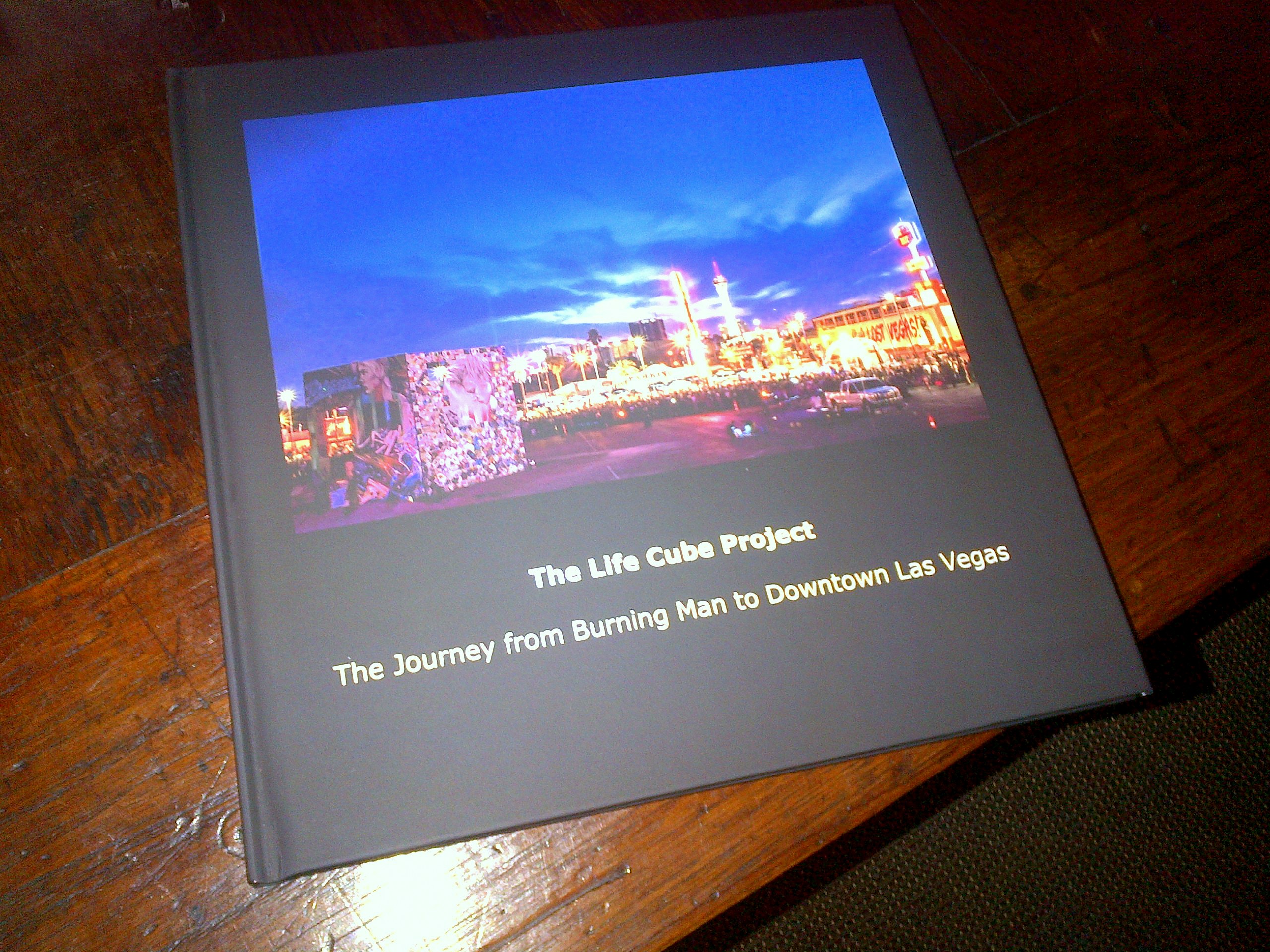 Our first hardcopy of The Life Cube Project photo book has arrived! It has been quite a journey over the last three months to put this together, but getting to hold the book and turn its pages has made it all worthwhile. 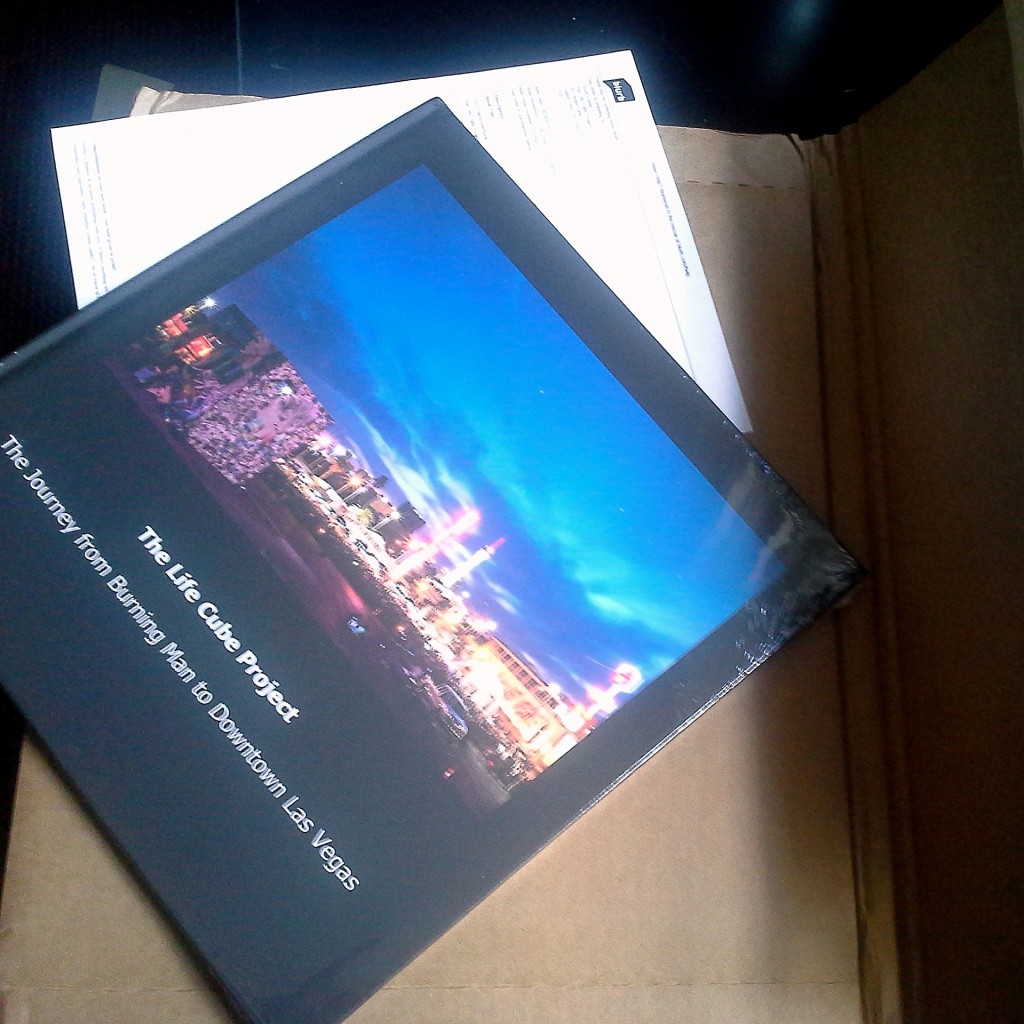 The still-sealed copy of the book, moments after it arrived from Blurb.

While we still have some work cut out for us before we are able to send the final version of the book to donors and volunteers — including making final edits and investigating alternative publishers to deliver high-quality and cost-efficient copies — we are happy to share that we are quickly approaching the end of the voyage that has been creating this photo book from scratch. 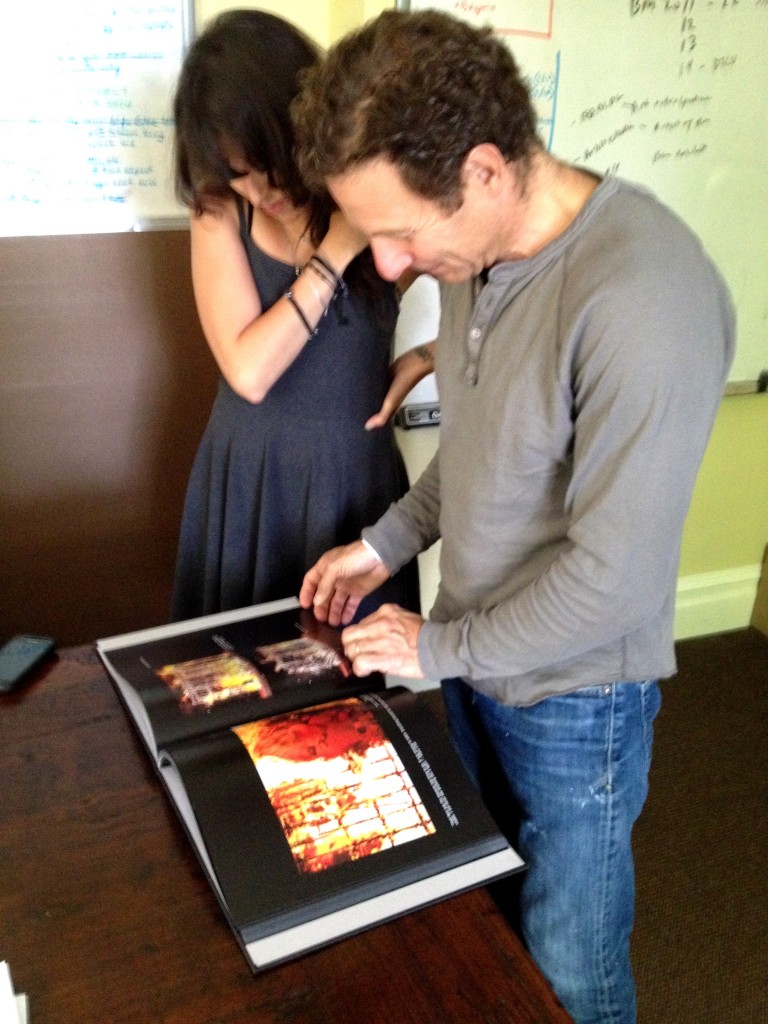 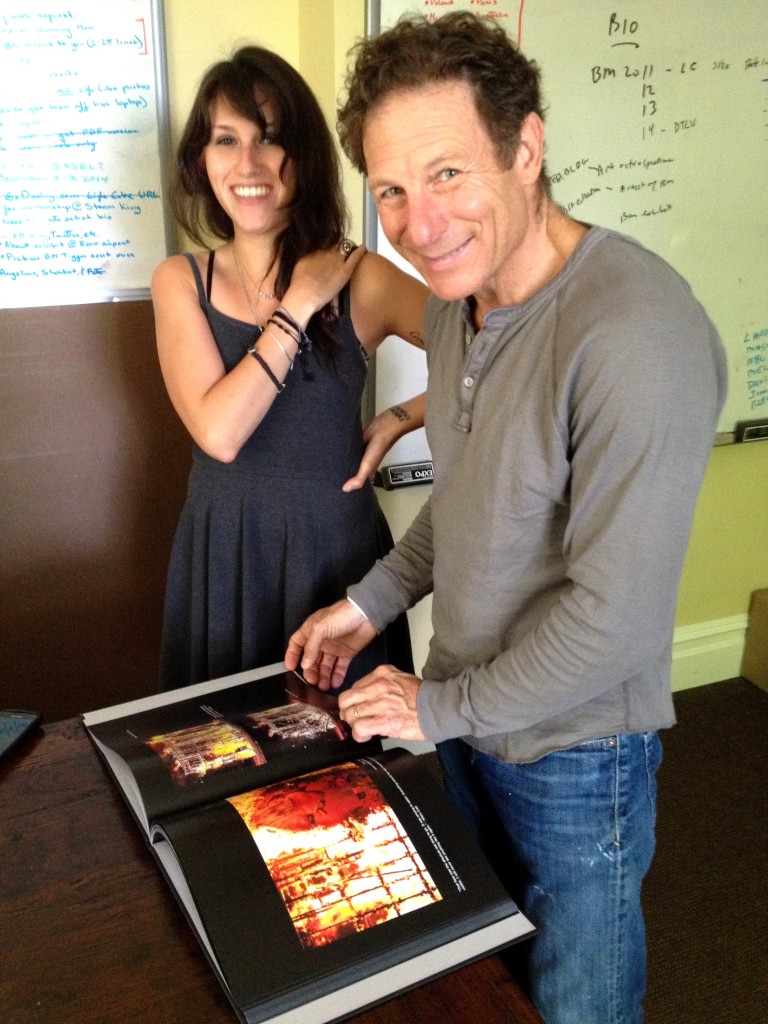 Scott and Kat, all smiles, flipping through the book for the first time.

What started out as a 40-page book unexpectedly grew into a 12″ x 12″ 75-page, full color coffee table book. Through the generous donations from over 30 professional photographers and numerous friends, we were able to include over 150 stunning photos as well as carefully written text on the journey of The Life Cube from Burning Man to Downtown Las Vegas.

Kat, the creator and designer of The Life Cube Project photo book.

Collecting the photographs for the book was an arduous task. We contacted dozens of photographers who documented The Life Cube in DTLV as well as friends who visited the Cube and attended the burn. Once we mentioned we were creating the book on Facebook, Twitter, Instagram, and this blog; people reached out and eagerly sent in their own photos and artistic interpretations of their experiences at The Life Cube. Thousands of photos streamed in for weeks.

As the photos were being collected, the time came to carefully select which ones were to be included in The Life Cube photo book. And when thousands were cut down to only a few hundred, then came the mission of editing each image. After we selected a self-publisher (Blurb) to create our photo book with, we began constructing the layout and design. More photos were removed, added, and edited. Chapters began to take shape, and we embarked on the task of writing, re-writing, and proofreading text for each section of the book. Eventually, everything came together beautifully, and we were left with something we were proud of. 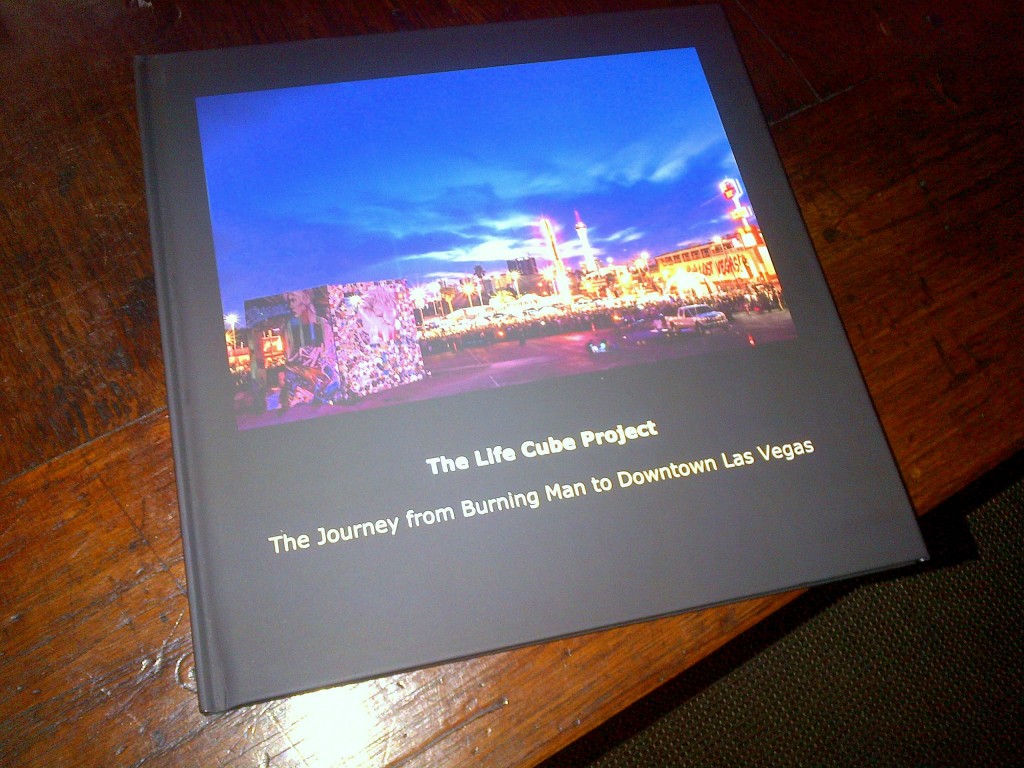 Months of hard work and dedication have gone into the creation and production of The Life Cube Project photo book. We are eager to finalize its pages, send it to the publisher, and share it with our supporters.