Las Vegas Sun: Why This Giant, Burning Cube Can Change Your Life 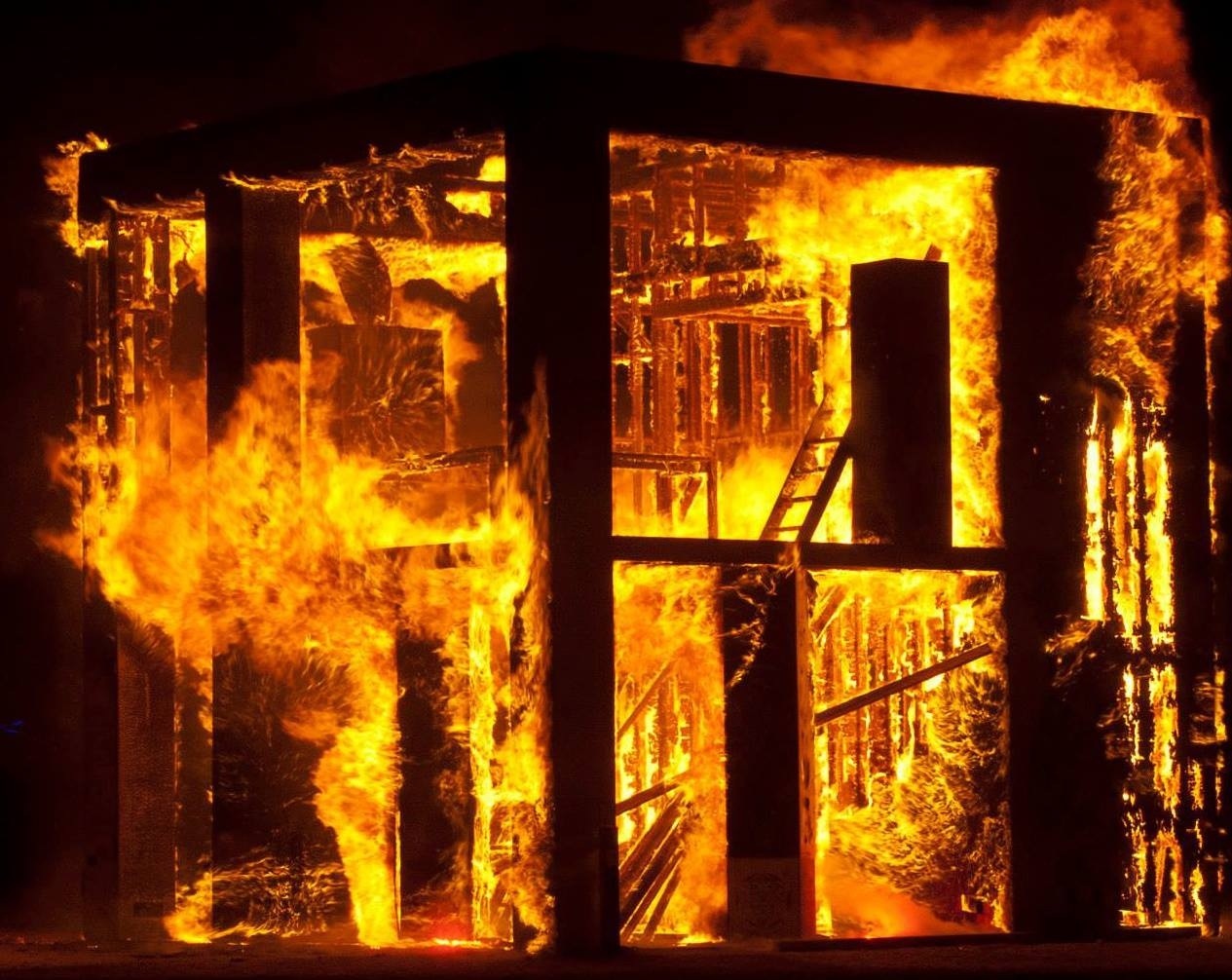 Life Cube, a Burning Man art piece, is burned at the 2013 festival.

THE LIFE CUBE
It worked like some preternatural magic trick.  As a kid, when Scott Cohen had a dream, a wish or simply a goal, he’d write it down on a piece of paper and tape it up to a mirror.

He’d do that, and the wishes or dreams or goal would happen.   Now he wants to burn all those wishes in a giant wooden cube in a downtown parking lot.

First, back to Cohen’s sense of why it works. The act of writing creates a mental imprint and a constant reminder, working as a persistent nudge toward that endpoint.

“If you write down what you want to accomplish, the probability of it happening increases significantly,” says Cohen, a 56-year-old with the infectious happiness of a child who will hug a complete stranger with the zeal of an old friend.

“A lot of people don’t write, in this digital age,” he goes on. “They text or talk among friends, but few take the time to write out what they want to accomplish. But once we write it down, then you start thinking what it’s going to take to accomplish it.”

Cohen grew up and went to business school in upstate New York, where he was raised. For 35 years, he was involved in business. His LinkedIn profile shows a lengthy background in media, from founder/CEO of Dimestore Media and president of Game Trust Inc. to marketing executive for New World Television.

Then, as the kids in the app-world say, he pivoted.

“I didn’t get burned out, I just got to a point in my life where I’m madly in love with my wife, I have a great kid and I’d been working since I was a teenager,” he says, sitting in The Beat coffeehouse downtown. “I said it’s enough. Let’s refocus my priorities. I’m in good health and I have a desire to get into an artistic endeavor.”

So he sat down and wrote a play and started The Life Cube Project.

It will be that size, too, when it burns in a parking lot on Fremont Street, between 9th and 10th streets, in March. Inside the cube will hopefully be several smaller 4-by-4 “satellite” cubes. Those cubes will have come from businesses and any school that wants one; they’ll be filled with the “wish sticks” of men, women and children who wrote down a goal, dream or wish.

Then on March 21 — pending city approvals, of course — they will all go up in flames. At Burning Man in September, some 10,000 people put their wishes into The Life Cube.

“People would take pictures of the moment they were dropping the wish in, just to make sure that moment in life was captured,” Cohen says, beaming that infectious smile.

Burning the wishes is important, he adds, because it adds an almost “sacred aspect to it.”

“The burning is a ceremony almost and that speaks to a lot of people.”

To some, there’s something magic, real magic, going on. Cohen tells the story of two “burners” who put their wishes into the 2011 Burning Man Life Cube.

“Then I get this call months later: ‘Skeeter (his nickname), the Cube works! Things happened that are major in our life.There are super powers here!’” Cohen recalls.

Cohen says he isn’t making money with The Life Cube — you won’t see a banner touting “Life Cube by Coca-Cola” or some other multinational corporation at the event. He said he will have to do some fundraising and will need hundreds of volunteers for painting, creating murals, carpentry work, to organize volunteers and more.

“This isn’t a money-making thing,” Cohen says. “It’s about the fact that I want to convince people that they can accomplish things in their life to make their lives better.

“So I have two missions. One, to get people to write down what they want to accomplish in their life. And two, to involve as many people in the community as possible. The more people, the more successful it will be.”

Anyone who wants to get involved can send an email to TheLifeCube@gmail.com.

2 comments on “Las Vegas Sun: Why This Giant, Burning Cube Can Change Your Life”